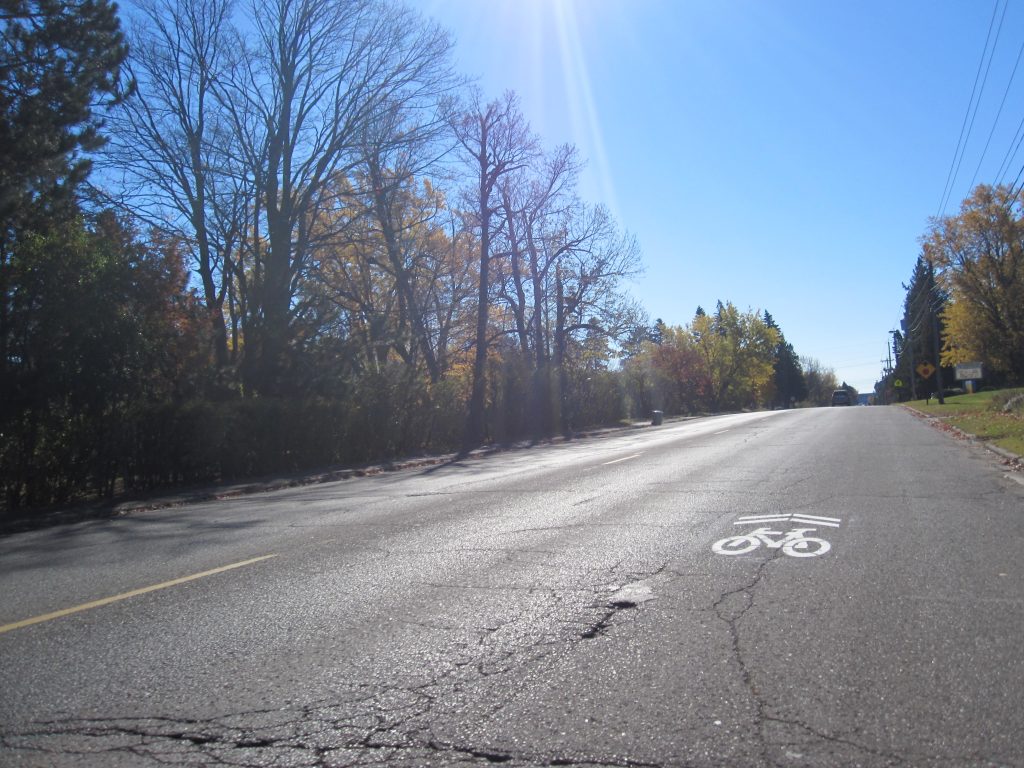 November 18, 2015 Comments Off on Sharrows and bike lanes installed in Cloquet

Thanks to strong partnerships among the Cloquet Active Living Coalition, the Carlton County Highway Department, the Minnesota Department of Transportation and the City of Cloquet, 14th Street, a main road between Cloquet and Carlton, now has bike lanes and bike sharrows to make pedaling safer. MnDOT installed bridge railings along 14th Street where it passes over Interstate 35 in 2013 in order to officially call the road a bicycle route. The improvements were spurred on by a Health Impact Assessment, evaluation from bicycle counts and community support.

The new sharrows and lanes are just one of a number of recent street improvements in the county, including extended sidewalks on Big Lake Road in response to pedestrian and bike counts and installation of sidewalks on 18th Street near the Cloquet High School.